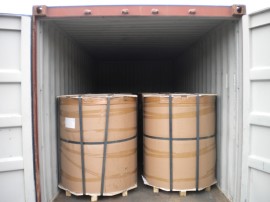 On behalf of 5052.5005.5083.5 A05 series. Belong to the more commonly used 5000 series aluminum alloy aluminum plate series, the main elements for magnesium, magnesium content between 3-5%. And could be called aluminum magnesium alloys. Main characteristics of low density, high tensile strength, elongation rate is high. Under the same area of the weight of the aluminum magnesium alloy is lower than other series. Reason often used in aviation, such as aircraft fuel tank. Are widely used in the conventional industry. Processing technology for continuous casting and rolling, belongs to the series of hot rolled aluminum plate can do oxidation processing. 5000 series aluminium plate in our country belongs to the series of aluminum plate is relatively mature.

On behalf of 6061 mainly contains two elements magnesium and silicon, so focus on the advantages of 4000 series and 5000 series, 6061 is a kind of cold treatment of aluminium forging products, applicable to against corrosion, oxidizing demanding applications. Good workability, good interface features, easy to coating, good workability. The fitting can be used for low pressure weapons and aircraft.

The commonly used ones are for 8011 belongs to other series. My memory is the cap as the main function of the aluminum plate, also used in the radiator, most of the application for the aluminum foil. Less commonly used.