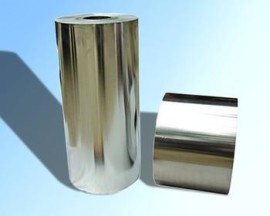 With the metal in the aluminum foil is a kind of aluminum rolling into thin slices of hot stamping material directly, the hot stamping effect is similar to the effect of silver foil stamping, so also known as fake silver foil.