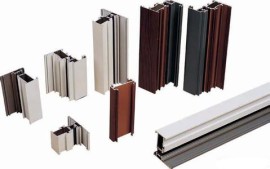 According to related survey data show that in 2014 only in south China enterprise of more than 400 new doors and Windows; Among them, the most for aluminum doors and Windows companies. As a result, it can be seen that the market, the demand for aluminium is quite large. At present, our country except Tibet and hainan province and other provinces and autonomous regions have aluminum production enterprises, the main distribution in guangdong province, east China and northeast China, southern China is the largest aluminum net output areas, while in north China for the greatest net input area.