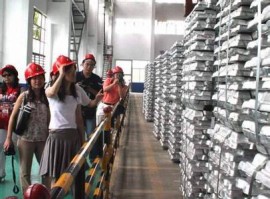 Rumors in the domestic real estate market collapse in the first quarter, prices continued to fall and hit this year on March 25, the lowest price for 12320 yuan/ton; Then for bauxite supply concerns and electrolytic aluminum production of excessive speculation, aluminium has a wavelength for half a year’s rebound, high on September 3, usher in the year 15010; Every month in the final quarter of electrolytic aluminium production have been rising, November is reached a record high of 2.13 million tons of monthly production and the fact that officially declared the failure of the production, and at the same time around the bailout policies such as open purchase also failed to prevent the real estate industry overall downward, a variety of adverse result in aluminum prices have plunged again after September, throughout the year on December 31, the last day of the Yangtze river market aluminum ingots price intentional irony if again below the three thousand mark for the closed about 12970 yuan/ton.