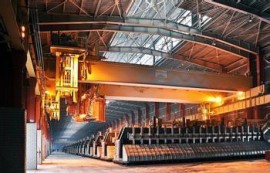 Industrial concentration needs to be promoted

Silver star energy said, in recent years, the international and domestic objective factors, such as silicon industry downturn, the company’s share company silver star polysilicon continuing losses. The transfer is mainly for the integration of assets, reduce losses, pooling resources and stronger foundations. Listed as the transfer was not successful, the board of directors of the company agree for polysilicon company dissolution or filed for bankruptcy.

Pv installed below expectations this year has been basically reached a consensus, although demand a rebound in the fourth quarter, but in the first half of the excessive inventory and lower than expected demand for basic lost the power of rising prices. According to the data, business club on December 25, polysilicon commodity index is 39.25, polysilicon commodity index since September 26, 91 days are down 3.987%.

The silicon material industry has formed worldwide oligopoly situation. According to the actual shipments statistics, in 2013 the United States ham Locke, wacker, Germany, South Korea east chemical industry, China poly golden concord four giant together account for more than 74%, more and more small factory encounter failure. Because of the polysilicon industry is precision chemical purification industry, more than half a year once production stopped, will cause the equipment corrosion risk. Once formed corrosion, silicon purity is unable to guarantee stability, maintenance cost, capacity of basic void.

At present, China’s industrial silicon industry concentration is not high, lead to internal excessive competition, leading to a lower industry long-term overall profit margins. Poly ShuHua chief executive of the association, xin has previously said that the fundamental reverse of the industry, to promote industrial concentration, speed up the upgrade. Those small without technology, the competitiveness of enterprises will be phased out.