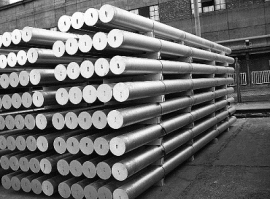 In recent years, the electrolytic aluminium industry overcapacity has become well known, the reason is that with capacity expansion speed faster than every year.

Kentucky smelter aluminum production is up to 255000 tons a year, the project closed means that the aluminum production capacity to reduce nearly 15%. The move will bring support to aluminum litres of water in parts of the Midwest. Since this year, the central and western regions of the aluminium premiums fell more than 60%, to about 8 cents per pound.