Gglobal aluminum excess supply will be 9 years in a row 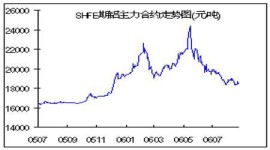 , according to announced on February 11, Japan’s sumitomo corporation trade company, according to the 2015 global aluminum excess supply will be the ninth consecutive year, with China unprofitable smelters to keep production to protect jobs. China is the world’s largest producer of aluminum.

Sumitomo will next quarter price forecast to $1900 a tonne, lower than previously expected $2150 a tonne.

Over the past 12 months, prices have risen by 5%, due to refinery outside of China close to cutting global oversupply.

Last year, at the same time, China’s production continues to grow, primary aluminum and aluminum production in China increased to a record high.

In Tokyo on February 9th Yamagiwa said in an interview: “China’s aluminium production too much.”

“China supply adjustment will be delayed to around 2017, the local government’s position or will change and influence production.”

Sumitomo, according to China’s aluminium production in 2015 will increase by 8.8% to 28.1 million tons, 1.2 million tons more domestic demand.

Yamagiwa, according to China’s local government delayed closing coastal area small and medium-sized smelter, at the same time rely on low-cost producers in the expansion of thermal power generation.

Sumitomo, said Chinese smelters per ton aluminum average cash cost forecast of $2127, higher than the $1932 a tonne, Russian smelters the $1763 a tonne for smelters in the Middle East and North America smelter of $1770 a tonne.