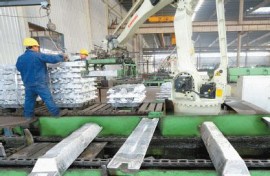 The parties said in a joint statement, the project has been in January 2014 the parliamentary approval, the ice is ice in northwest central and local governments will work together to promote economic development. Project construction process can create 800 temporary jobs, after the completion of can provide 240 for local jobs for a long time. Aluminum plant required for 206 mw power will be supplied by Blonduvirkjun hydropower station. After the completion of the project, will become the Iceland’s fourth largest electrolytic aluminum plant, the existing three major aluminum plant capacity 350000 tons, 260000 tons and 260000 tons respectively.