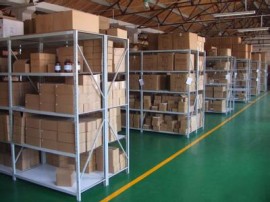 Alcoa had previously announced that, in 2016, the global aluminum demand is expected to rise another 6% to 60.5 million tonnes, of which, Chinese demand will be the largest demand rose 8%. However, RUSAL believes that 2016 for global aluminum demand grew from 5.7% to 59.5 million tons. RUSAL said that China’s demand growth this year at around 7%. Century Aluminum gave no 2016 annual growth forecast, but the century aluminum to aluminum demand more pessimistic this year. Century aluminium has said that in 2015, the 4% growth in global aluminum demand, Alcoa and Russia call 6.5% and 5.6% per cent respectively. Compared to the three companies, Norway hydro the most cautious attitude. According to Norsk Hydro in 2015 financial meeting in the fourth quarter, Norsk Hydro believes that this year, the global aluminum demand growth in 3%–4%, 4%-5% decline than previously expected. We can see that compared to other aluminium producers, Alcoa is the most optimistic.
Google+shareTwittertweetPinterestpin it
New capacity will be populated in the second half of 2016Aluminium prices hit a three-week low